Update! The team did miss their connection in Amsterdam due to the delays on the Calgary side so we were able to get them on a flight through Nairobi that will get them to Uganda just 4 hours later. The pic below shows their progress in real time at the time  this blog was being updated. This was a huge win as the next direct flight to Uganda was 24 hours later so they would have needed to miss a full day in Uganda. Now with this change of route they just arrive a bit later.

The prayer for this next day would be to get some sleep on the flights and when they arrive at the guest house on Lake Victoria as their arrival time is now a little after 2am.  It will be a hard turn around with such little sleep to get on the road Saturday morning to go to Buikwe. However, the big win in getting moving is they will wake up in Buikwe Sunday able to attend church which is always a highlight. 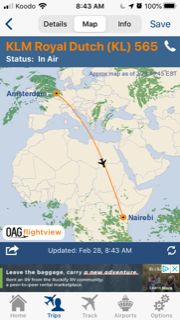 Update from Nairobi:
The  team arrived well, a little tired  and ready for a good meal. In the Nairobi airport  (and all over East Africa) is a great local restaurant - Java House. They enjoyed their meal and some wifi and are now ready to  hop on the final flight that will take them to Entebbe, Uganda. 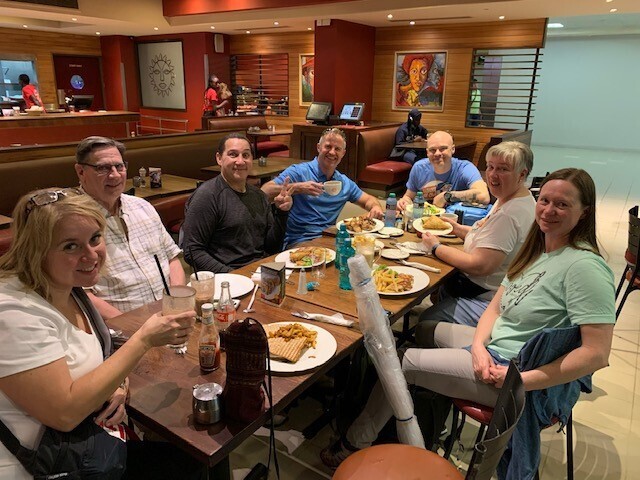