Ramadan: An Opportunity for Us to Pray

This time of year my mind wanders to my time spent working and living in Eastern Chad. While I served there, half of my staff were Muslim (as required by the Government). During the month of Ramadan I had to adjust my expectations of my Muslim staff as I knew they would be fasting during the day and having late night feasts and gatherings each night. Their productivity would definitely drop. It meant on those days when we would typically have a meal together or simply share a cup of tea, now for this month of Ramadan, I had to either abstain or do it more privately to not make them stumble as they were fasting. It also meant our cooks, who were Muslims, were preparing food for the lunch of the Christians but were unable to eat themselves. As I walked around my hot, sandy little town of Goz Beida, I remember clearly the sound of spitting all around me during Ramadan as the devout Muslims would hold so fast to the idea of fasting they wouldn’t even want to swallow their saliva. It was a strange thing to get accustomed to but over time I did and my respect for the discipline of my staff grew as did my heart for them to know my Saviour Christ Jesus. 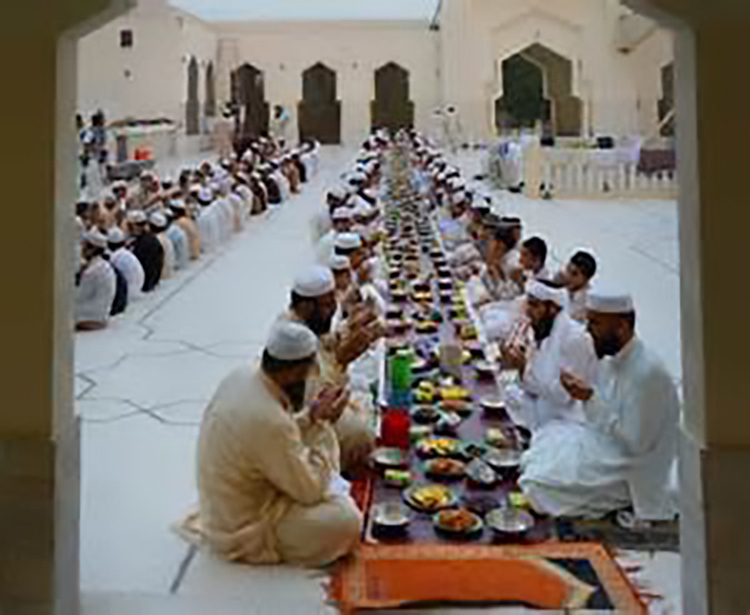 This year, April 13th begins a month of fasting for the Muslims for their Ramadan. As a church and as believers at CrossRoads, we are asking you to set aside time to pray for them during this time. Pray that God would turn their hearts towards him, the True God. Below is a blog I came across from Jerry Rainken and The Zwemer Center for Muslim Studies that shares more about Ramadan.

“Most North Americans would be unaware that Ramadan, the Muslim month of fasting, begins in April this year. Many would only be casually aware that this is one of the five pillars of Islam; the date changes each year due to the lunar calendar, but faithful adherents fast from dawn to dusk until the month concludes with the Feast of Eid.

Having studied Islam we were familiar with this expression of piety but learned much more regarding its practice during the years we lived in a Muslim country. In the more fanatical countries fasting is compulsory though allowances are made for foreigners and non-Muslims. All do without food, but the more devout don’t drink water and some don’t even swallow their saliva.

There is irony, however, in the fact that Muslims probably eat more during the month than at any other time. Women of the house arise in the early morning hours to prepare a very elaborate breakfast intended to provide nourishment throughout the day. Then when the call to evening prayer signals the breaking of the fast, everyone hurries home to indulge in what could be described, from our understanding, as a Thanksgiving Day dinner. Not much gets done during Ramadan as offices are open for only a few hours, no one has the strength for much physical labor, and it is easier to endure the personal denial of food by sleeping through the afternoon.

Ramadan was a time in which we found our friends open to talk about spiritual things as we would ask them about their practice, why they were fasting and what they hoped to gain by it. It was always surprising to them when we shared our own practice of fasting from time to time to seek God. We do not fast to get something from God but out of a desire for God Himself that exceeds our desire for food. Wonderfully, God does meet our needs and answer our prayers, but we should not fast presuming by our piety we are obligating God to do something for us. 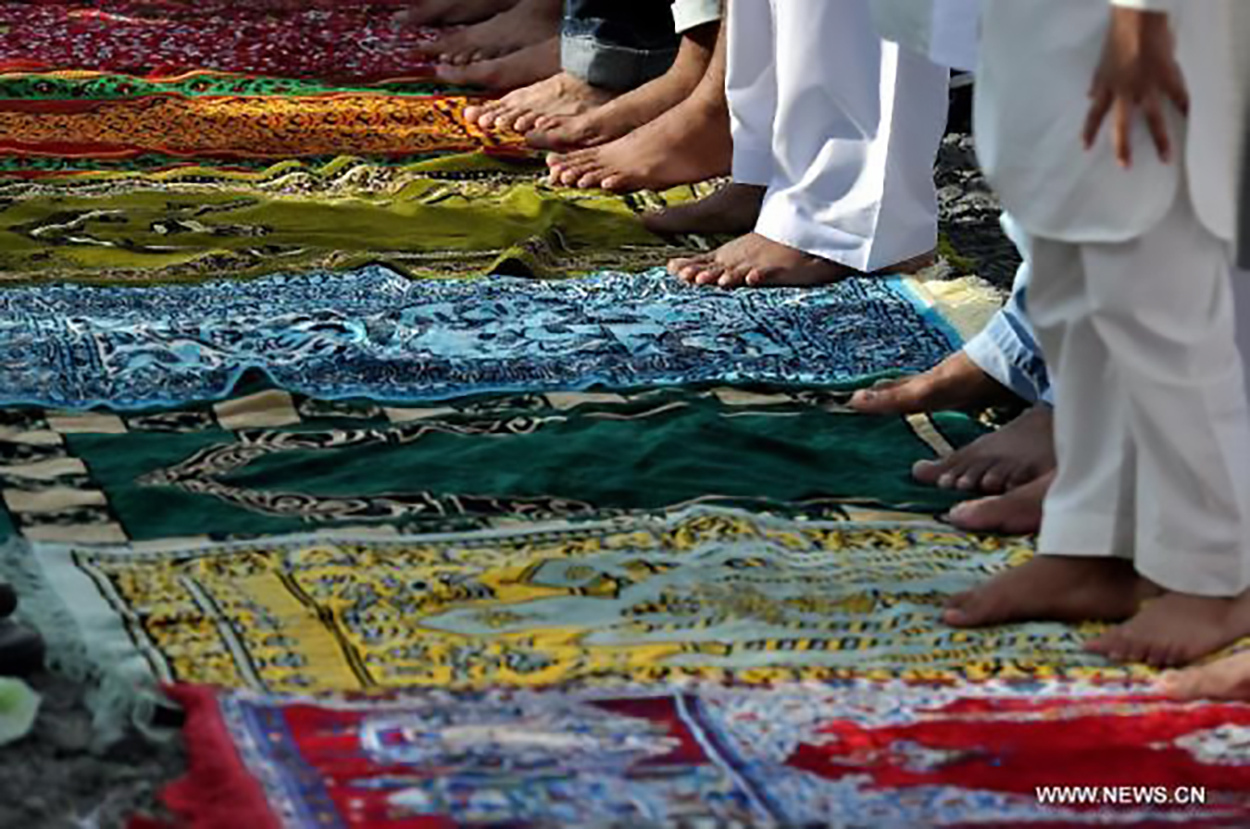 While most Muslims observe the fast because they are commanded to, and believe there is merit to be gained, many do it as a perfunctory obligation and to avoid the condemnatory reactions of more pious family members. However, for the devout the Muslim month of fasting is actually for the same purpose we, as Christians may occasionally fast–the desire to know God in a deeper more intimate relationship.

Fasting during the month of Ramadan is intended to be a time to seek God, and many sincerely do. While recognizing the futility of seeking to please God by one’s own piety and works, we avoided expressing disrespect in conversation with Muslim friends. We shared our common desire to know God. It was an opportunity to bear witness to the futility of our own efforts and how we discovered the unmerited grace of God through Jesus Christ.

Testimonies are abundant of those who have dreams and visions of Jesus appearing to them and saying, “Follow Me.” Others will be impressed to find someone with “the book” that tells the way to eternal life. None of these revelations are sufficient for salvation, but they break down the barriers in their heart, they lead to an inquisitiveness to find out who Jesus is or to know what the Bible says. Certainly, many may not be sincere in their observing the fast and saying perfunctory prayers, but many are. The final night of fasting is called the “Night of Power” in which many will seek God all night.

What does this have to do with us? What if Christians fervently prayed during the month of Ramadan that God would reveal Himself to Muslims in this time of seeking? What if we covered millions of fasting Muslims with 30 days of intense intercession that something would happen in their spiritual search? Believing in the power of prayer, could we not expect God to respond to our heart-felt burden for the lost millions of the world?

It is tragic that we should be so wrapped up in our self-interests and provincial worldview that we would be indifferent to more than a billion followers of Islam in the world that are dying without Christ, but, perhaps unintentionally, this month are seeking what only He can provide. We are repulsed by a religion that seems to justify terrorism and suicide bombers committed to the destruction of life, but don’t we realize that Jesus is the answer? Rather than hardening our hearts and dismissing their lostness to the judgment of God as something they deserve, we should plead for their hearts to be open to God revealing Himself.

When we first arrived in Indonesia we were irritated at the dissonant sound of the call to prayer from the mosque five times a day, especially when it awakened us at 4:30 am! But it became a call to us and a reminder to pray for Muslims as they were praying to Allah.

Join me this month in fervently praying for Muslims in our own communities as well as those around the world. Pray that they would truly seek God and be open to revelation that would lead them to the truth. In seeking Allah, an impersonal deity that is aloof and cannot be known, may they find a loving, compassionate God who revealed Himself through Jesus Christ and died for their sins. We have a responsibility to observe Ramadan also, a responsibility to pray for those who are far from the kingdom and for generations have been locked into the bondage of sin and futile religious traditions.

After all, Christ died for them, too. God loves them; shouldn’t we?

Prayer booklets for you (and the Kids only version) are available at the church main foyer area at the HUB. You can text "Ramadan" to 1-833-313-1303 or scan this QR code to receive a digital version of the booklet and/or get reminders to pray. 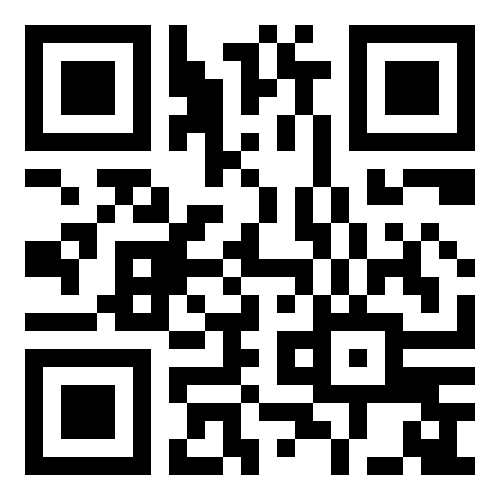