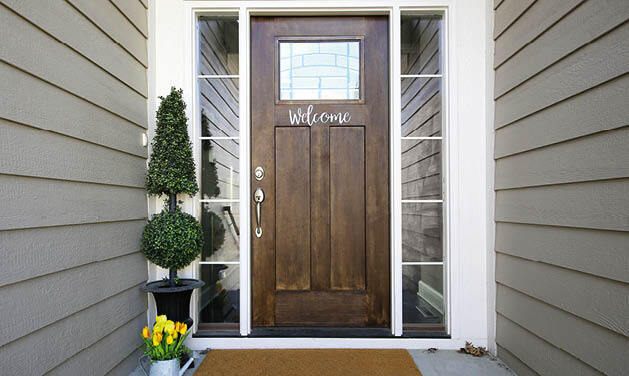 Jen Hein follows the leading of the Spirit

Turn here. Jen sensed a compulsion to turn right.  She obliged to the voice – by now it was becoming familiar. It was the Holy Spirit prompting her. As she turned, she felt prompted to walk up to the door of a specific house. Jen hesitated. But what am I supposed to say if they answer the door?  She wondered. Despite her reservations, she obliged once again. Knock – knock - knock.

An elderly lady opened the door.  “Hi…. My name is Jen” Jen said. “I felt God wanting me to come to your house. I just came to tell you that God loves you.”

By this time, it had become a regular occurrence for Jen to trust and walk with the Spirit and where He was moving her. That day it turned out that the Spirit had led Jen to the door of a lady who was mourning on the anniversary of her daughter’s death. It had been many years since the lady had prayed and that day she would receive a reminder from God that she was loved and not forgotten… all through the actions of a Christ-follower sensitive enough to hear His whispers.

“When we’re walking in obedience with the Lord, and seeing how he speaks to other people, we get to witness something extraordinary,” says Jen Hein, who serves with various prayer and worship teams at Crossroads Church. “We get to see how much he loves people and much he is actually continuously searching people. I’m always amazed by how much he has something for everyone if we’re sensitive to his voice.”

Jen and her husband Jesse had become particularly sensitive to hearing God’s voice after serving with the Rapha House of Prayer in Kenya. “They would pray and worship for 3-5 hours per day, Monday to Friday,” Jen recounts. “They were giving their entire mornings to the Lord. Jesse and I were like, how do you do that? We learned through that experience.” Jen recalls sitting with her Bible for hours and how she felt the Lord constantly speaking and giving her Scriptures. “The worship music was always ministering to us. We just had to sit and listen and talk with the Lord. That was where our heart for prayer and worship came from.”

Coming back to Canada, Jen and Jesse both worked full-time jobs and praying 3-5 hours per day was not feasible. But communing with God was a state of mind that became entwined in their daily lives, “It’s just about worshipping the Father, thanking Him and saying who He is. We bring up things in our lives to God and hear Him speak to us personally through the Word and through the Spirit.”

Walking in the Spirit as a Church.  [LG3]

Jen continues to seek God’s voice to bring encouragement and healing into the lives of people at Crossroads Church. “It is so amazing to have a group of friends here at Crossroads all seeking the Lord together,” she notes. “We all go to prayer and worship on Sundays, and we’ve been taking actions at Crossroads when we hear the Lord saying something to us.” Whether it’s approaching someone towards whom God is tugging our attention during worship, or being bold to speak a word or picture that God is giving us when we’re praying for someone.

Jen recognizes that many people understandably feel uncomfortable doing this. Many Christ-followers struggles with recognizing what is coming from God and what is coming from our heads – ideas of our own imaginations. Jen recalls feeling this uncertainty when she was in her 20s. It was around that time when she started to hear the Lord speaking directly to her. “He had me do weird things at first, like go pick up the garbage on a lawn, and I would just do it. He just wanted me to be obedient,” reflects Jen. She admits that there have been times where she felt God prompt her with a word for somebody, and that word would mean nothing to them. “But it didn’t harm them. My motto is if it’s encouraging and uplifting and it causes no harm to anyone, just do what you think God is telling you. Go tell them God loves them… whether you are sure or unsure that a prompting is from your own head or from God.” Jen noticed that over time, after saying yes to God and being obedient regardless of the outcome, He has been bringing her through increasingly meaningful encounters.

Jen and her husband Jesse have both enjoyed using their gifts of prayer to serve the church. Together they marvel over the many stories and encounters they have had when receiving insight from the Holy Spirit while praying. Jen recalls a time they did two days of 12-hour prayer and worship for marriages at Crossroads church – one in the fall and one in the spring. Couples with marital prayer requests were invited to come and go in the evenings for open prayer time. “I remember one day Jesse and I were praying for a couple, and Jesse started praying so specifically for them. After we were finished, they both said, ‘how did you know that stuff? You prayed for the specific stuff we need!’” Jesse admitted that he had no idea and that God just started putting specific things on his mind. “We’re seeing the Lord’s encouragement come through us to these people.”

Jen thinks of Matthew 22:37 when she reflects on her journey. “Love the Lord your God with all your heart, soul and mind, and then love others,” Jen concludes. “If we are in a love relationship with God, through Him all things we set our hands to do will flourish and loving others and encouraging the church, will come out of that.”