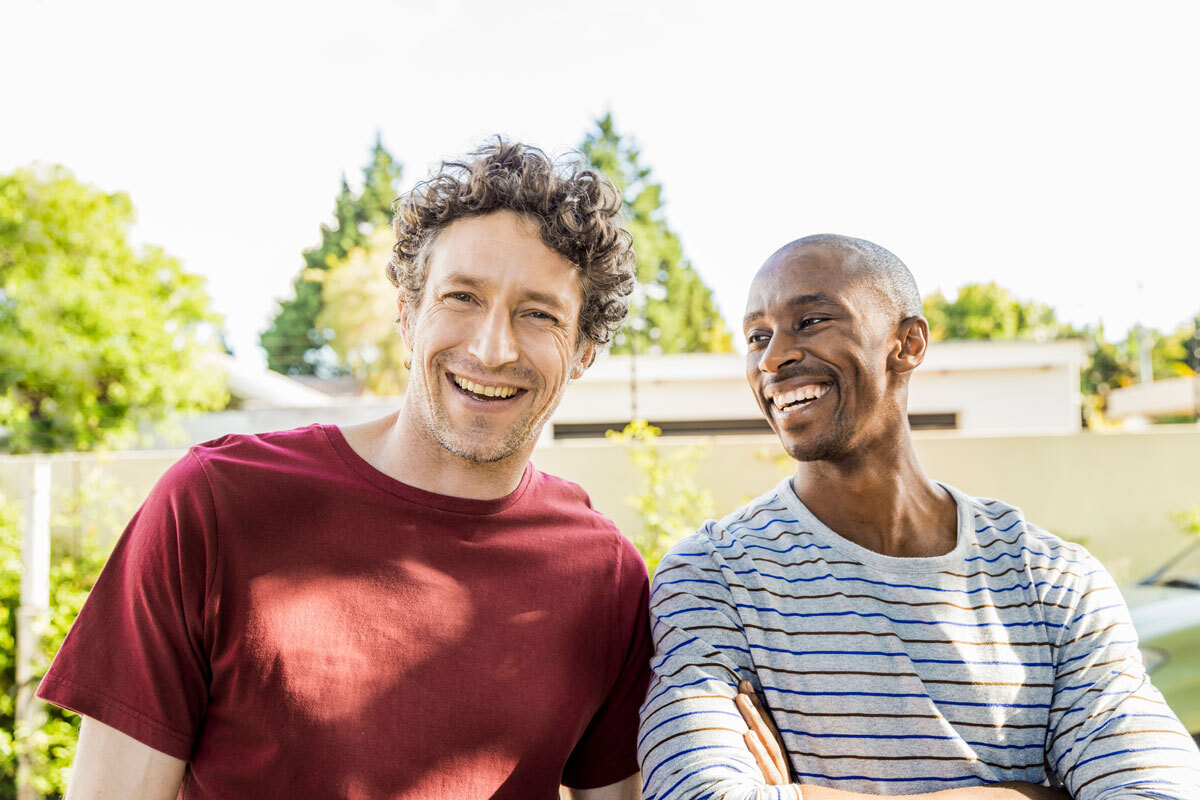 It has been years since I sat on the back deck with Shane. When I called and asked to talk with him he had suggested it as a meeting place and I eagerly accepted. It had been a long time since we had connected and when I asked him to share his story with me for the church I knew home turf would be comforting to him. He sat in a wicker deck chair facing mine and the look of contemplation on his face made it clear to me that he was still processing everything that had happened in the past 18 months.

I first met Shane as a parent of a student while I was coaching football at a local high school. Kayden would come out to different events and quickly became someone I could always count on to show up to things. Inviting Kayden to go to the gym or to play basketball at the church turned into Kayden coming to Sr. High youth and Sunday mornings in the Big House, which turned into Kayden giving his life to Jesus on a warm spring evening in May. Kayden would continue coming to youth for the remainder of the year, even bringing his parents to church with him a couple of times.

Then, as so often happens with high school students, Kayden moved on. Not from his faith, but in life, and I stopped seeing him as often. I myself moved on from youth work and got a job as a marketing manager at an oil field services company. A company ran by Shane. Up until that point I had had several conversations about faith and Jesus with Shane, but for the year that I was working for him, I had struggled to bring faith into conversations about out of home marketing strategies for southeast Texas, or the correct brand positioning for western Canada. I was happy to be the employee and not mix personal and business.

July 2017, one of Shane's best friends, someone I also had worked closely with,  passed away suddenly. Once again Shane and his family were at the centre of our prayers. Shane was devastated. I had never been to a funeral in a bar before, but it was as much a celebration of life as I had ever experienced, just with a liquor license.

By the beginning of February 2018, I ended my time working for Shane. It had been an incredible experience and I was ready to move to new things. Our relationship had become more professional and less personal, and so I didn't give a second thought to leaving. However, I had no idea how our stories would come together again.

About a month or two after I left Shane's company, his wife sat him down and informed him that she was done. After 32 years, she was leaving. Sitting in the living room Shane had built for their family the hole that was left with the passing of his best friend became a crater in his soul. An endless expanse of space where his heart had once been. His high school sweetheart was gone. He was lost. He began struggling with his mental health and stopped taking care of himself.

Unfortunately, the crater was about to turn into a bottomless pit. Whether it was the price of a barrel of oil that never seemed to recover, a launch into the US which was still struggling to be profitable, or the emotional toll of his personal life, the board of Shane's company decided that it was time for a change. In early April 2018, Shane was abruptly terminated from his role as CEO. Within 12 months he had lost his best friend, his marriage, his job, his company and his financial security. I hadn't spoken to Shane in months, but I could only imagine what he was going through. A calamity of Biblical proportions. And yet, I had no idea what role I was going to play. Shane had been my boss, and I had moved on. Surely, God was done using me in Shane's life.

I was with my wife worshipping on a Sunday morning in the summer of 2018. When the song came to an end and we all turned to greet those around us, I turned, and there was Shane. His broken heart was unmistakable, but so too was the fact that it had been irrevocably changed and a healing process was taking place by the hand of God. The occasional Sunday of seeing Shane turned into a weekly habit. Sundays turned into monthly coffees and chatting again about life and the things of God.

And so sitting there on Shane's desk on a beautiful afternoon in early September 2019, I needed to know, through everything he had been through, how did he end up closer to God? How did he end up at CrossRoads!? Why didn’t he go in the opposite direction, as I’m sure I would have?

“I didn’t find God,” Shane said. “God came looking for me.” Without knowing it, he gave a moment for the profound truth of that statement to sink in. “I felt called to go to church. CrossRoads is where we went with Kayden when you invited us, and so that’s where I went back. I didn’t understand church at all. I didn’t find community there. I didn’t understand worship and singing. I would purposefully show up late to avoid shaking hands with people, and I would leave immediately after. Singing is weird. But Kayden and I started talking about joining a Bible Study, so we went online and found a Wednesday Night Bible Study that worked for both of us.”

It was in their Group where Shane found community. And the community he found in his Group began transforming his Sunday morning experience.

“I was both excited and incredibly nervous going to Groups for the first time. I didn’t know anyone, and all the change took my self-confidence away. I cried every week for six months. But there was a Group of men who were willing to pray for each other. There was an openness to be vulnerable. I had never experienced anything like that before.”
Using the Authentic Manhood video series the Group was going through, God began to speak truth into Shane’s heart, pouring a foundation into the bottomless pit within his chest. To say that the Shane sitting next to me was a softer, wiser, better man than the one who sat there years previous would be a disservice to the work that God has done and will continue to do in Shane’s life. However, it’s also true that there is brokenness here as well. “I’m still in the fire,” says Shane sipping his black coffee. “I’ve always been driven, but now the future is completely unknown. Yet, I’m in His will.” He smiles as he finishes the sentence as if he had just realized where he’d been this whole time.

Shane is a work in progress. “And we know that in all things God works for the good of those who love him, who have been called according to his purpose,” he reminds me as I’m about to leave. One thing I know for sure—God is not done with Shane, or with me for that matter.

God has more in store for Shane. Much more. This is only the beginning, and it began by responding to a call to join a group of men on a similar journey.

That invitation is available to all of us, and there is no better time than now to join a Group. For more information on Groups go to www.CrossRoadsChurch.ca/groups